Autonomous vehicles: how the industry will overcome driver distrust 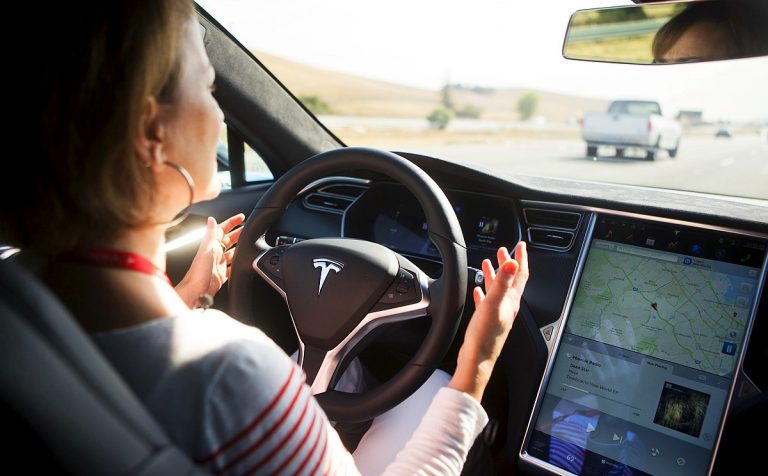 Questions over security, safety and ethics have long pervaded public discussions of connected and autonomous vehicles (CAVs). With headlines about fatalities, technological failures, software glitches and security loopholes continuing to dominate media coverage of CAVs, the forerunners of autonomy appear to have some way to go in persuading drivers to relinquish the steering wheel.

However, is user distrust really a major barrier to autonomous vehicles? And if so, is this scepticism as insurmountable as it appears?

User distrust clearly remains a major barrier to the widespread commercialisation of connected and autonomous vehicles. However, it is by no means the only obstacle: after all, technology is not yet advanced enough to allow for complete day-to-day autonomy, and there are a number of regulatory and infrastructure-related hurdles to overcome. Still, technological glitches can be ironed out, regulations are starting to be put in place, and infrastructure is already on the way to a ‘smarter’ future.

Creating a mass market out of reluctant and sceptical drivers, however, is another matter.

And, according to a number of reports, drivers are very sceptical indeed. In survey results collated by the RAC in 2016, 23% of UK drivers said that they would refuse to travel in an autonomous vehicle. A further 36% stated that they had zero interest in buying a CAV. Out of this cohort, 56% said that they were put off by the lack of human control. It would seem that turning public opinion in favour of a driverless future remains no mean feat. Other polls and studies have demonstrated similar, if not more damning results, especially among older age groups.

However, is autonomy really as unpopular as these studies indicate? And if so, is a swing in public opinion as far off as it seems?

Whilst these surveys are good indicators of attitudes towards full autonomy, partial autonomy is becoming increasingly popular amongst some drivers.

This, perhaps, should hardly come as a surprise. After all, who doesn’t want a helping hand with a tricky parallel park? Who doesn’t think cruise control is a useful feature? Who wouldn’t want their car to break autonomously in the event of a pedestrian stepping in front of them unexpectedly? It is for these reasons that, despite the distrust surrounding full autonomy, some autonomous features are gaining popularity amongst drivers. Whilst many of these features are not new, the gradual standardisation of partial autonomy is a harbinger of change.

Demand and popularity are also growing for vehicles with very advanced autonomous features. As of February 2016, the Tesla S was the most popular luxury car in Western Europe. Sales of the Tesla S model also seem set to rise throughout 2017. Regardless of public reservations concerning safety and security, autonomy is already here, and is set to stay.

There remains, however, some way to go in manoeuvring the most advanced autonomous features out of the luxury market and into the mainstream. A Tesla S can set you back up to £94,600, money that not everyone is able or willing to spend on a vehicle, regardless of its features.

Despite this, industry experts are still insisting that 2020 with see 10 million autonomous vehicles on our roads. The growing popularity of partial autonomy, even in the face of scepticism, may give us some clues why. It may take some time for the public to fully accept a lack of driver control, but the increasing integration of autonomous features into vehicles will make all the difference. It will be the steady drip, drip, drip of partial autonomy that will tip the scales and create user acceptance and demand for these technologies.

If we do see autonomous vehicles on the roads by 2020, it will be the increasing trust and acceptance of drivers that put them there.

Huduma is currently working on a number of projects that are seeking to integrate connected and autonomous features into vehicles.

Find out more about our current projects here.

If you have an idea for an emerging technology project, we would love to hear from you! We are always looking to help organisations take their innovative products and services to commercial markets.

For regular updates about current projects, industry news and events, and business-related content, you can subscribe to our blog